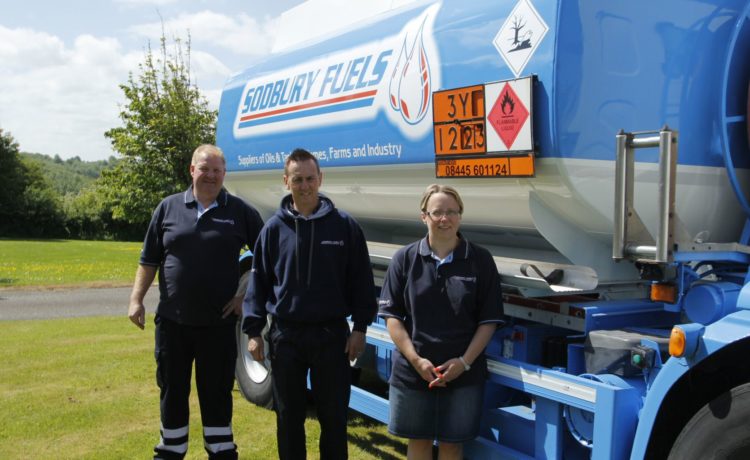 In 2014 Andy Welch partnered with Mark Nolan, of Nolan Oils, to form a new fuel distribution company to be based in Chipping Sodbury, Bristol. They called it Sodbury Fuels, and the rest they say is history! The company has gone from strength to strength and was set up as a limited company in it’s own right in 2016.

Sodbury Fuels follows the same ethos as Nolan Oils and is a proudly independent, family owned & run business. Andy continues to run the company with the support of his wife Lisa and one of our delivery drivers is even Andy and Lisa’s brother-in-law!

We are able to provide fuels and lubricants for homes, farms and industry.

Based in Chipping Sodbury we are able to cover areas including South Gloucestershire, Gloucester, Somerset and Wiltshire. Have a look at our delivery area or call us for more details.

Andy has been working within the oil industry for the past 17 years, both as a driver and more recently a trainer for OAMPS. During his oil industry career he has qualified in many fields including LGV CPC and ADR training and FPS Driver of the Year. He was born in Chipping Sodbury and has lived there all his life so is familiar with the area and the people who live there.

On a personal level, Andy is approachable, a good communicator and relates to people on every level in a friendly and positive way.

Andy will be working under the umbrella and guiding hand of Mark Nolan and the team at Nolan Oils, initially with just a couple of tankers, they are hoping to soon grow the business. We at Nolan Oils wish Andy every success for the future based upon friendly reliable service second to none. See our Testimonials.

To this day the Nolan Group remains a family firm owing its success to a small team of staff dedicated to customer satisfaction.

Mark Nolan decided to form Nolan Fuel Oils in 1988 following the acquisition of Ultramar Golden Eagle by Kuwait Petroleum. Mark had previously been a director of Markim Fuels Ltd, which his father and mother, Margaret and Bert Henry Nolan, started in the early 1970s in Launton and they were the first appointed distributors for Ultramar in the UK.

The company commenced trading in December 1988. At that stage all of the work was undertaken by Mark with one four wheel tanker and an office desk in the farmhouse front room at Launton. By April 1989 the company had taken on a driver and had acquired a six wheel tanker in order to meet demand for deliveries.

A period of rapid growth followed based on the provision of reliable service at competitive prices. A temporary storage facility was utilised at a yard near Bicester.  This consisted of three 12,000 gallon tanks for Kerosene, Gas Oil and Derv.

In 1995 a suitable permanent site was acquired at the transport yard in Middleton Stoney, three miles away from Bicester. Building was completed in 1996 and the depot was opened on 23 May 1996 for home heating fuel, diesels, lubricants and oil storage tanks.